Like a lot of games I enjoy, Meadow isn't really a game. Its creators call it "a forum in game's clothes." Taking on the form of a woodland animal, you roam around an expansive world, gathering flowers, crystals, and mushrooms, exploring caves, fields, and mountains. There are no puzzles, no enemies, and no ways to die - it's a game to relax in after a hard day. If you enjoy action and killing enemies, it's not the game for you - and that's okay! Everyone has different tastes. But if you've ever just wanted a big world to roam at your own pace, this could be the place for you. (If you do like the look but want game elements, the creators also have a range of games with the same art style, but a focus on survival - the Shelter series.)

Of course there are progressive elements to the game - you start out as a badger cub, and by collecting crystals, unlock new skins and animals to play as. And the best way to do that is socialisation. This is an online world, so you'll frequently run into other players, but instead of a text chat, you communicate via gestures and emotes. The social atmosphere in this world is very friendly as a result - it's difficult to be cruel, and people will almost always greet you with a happy face. I'm personally an iuncredibly shy person, but I love going exploring with other players and seeing what adventures we find ourselves in.

This page is a collection of some of my favourite screenshots of this beautiful game. Click images for fullsize versions. 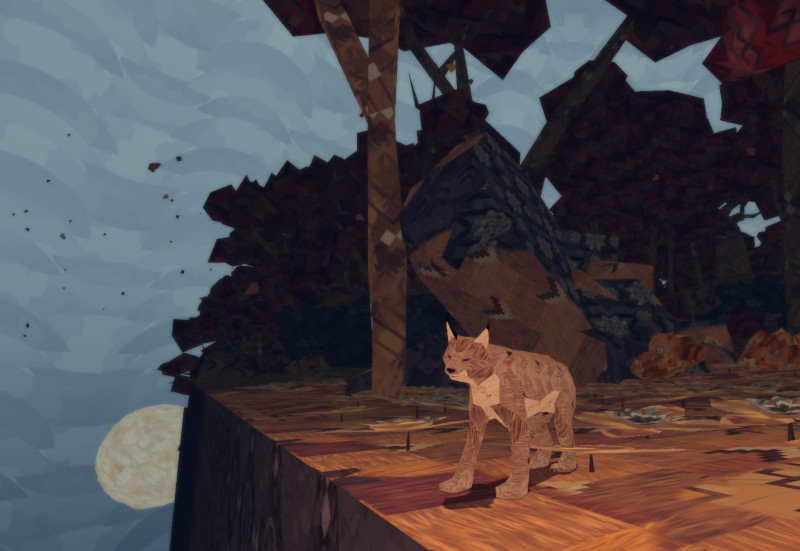 Exploring the end of the world. The Meadow world is like a floating island in the sky - run too far, and you'll come to the edge. But if you fall, no harm will come to you. 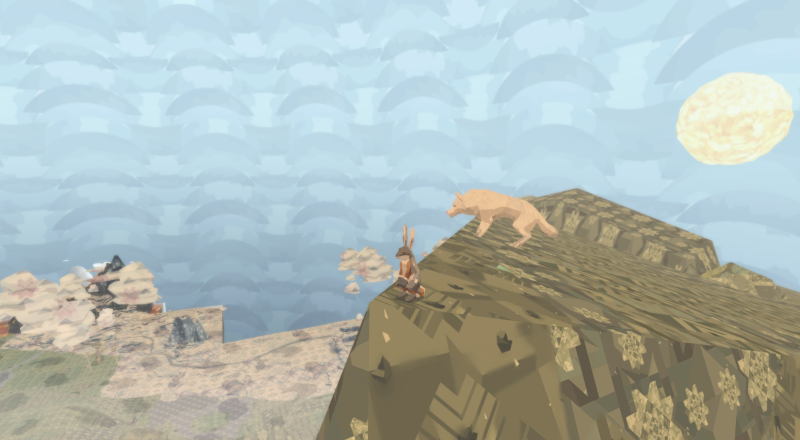 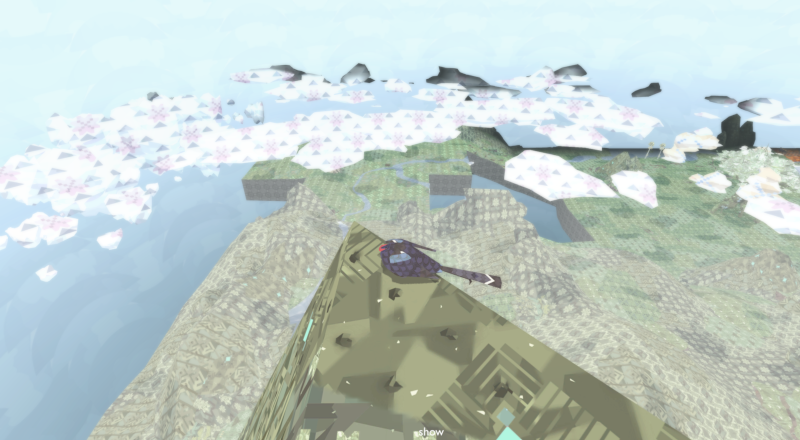 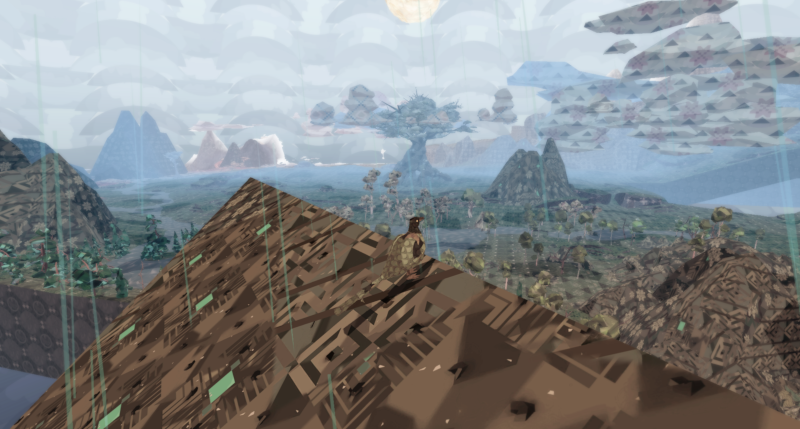 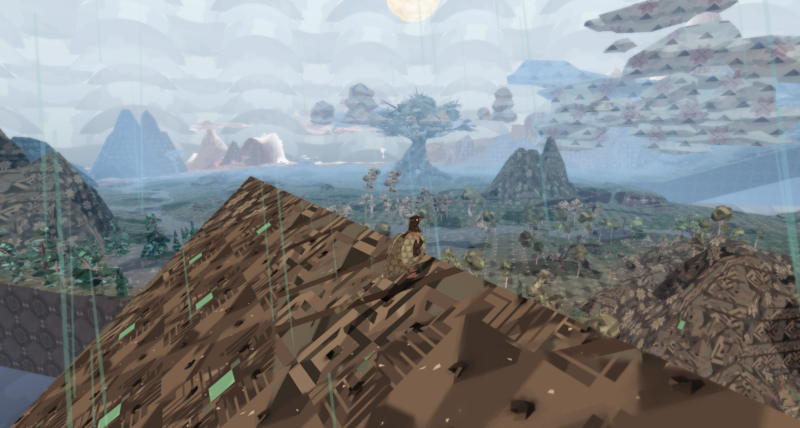 Climbing to the top of the mountains takes some effort, but it's worth it for the view. 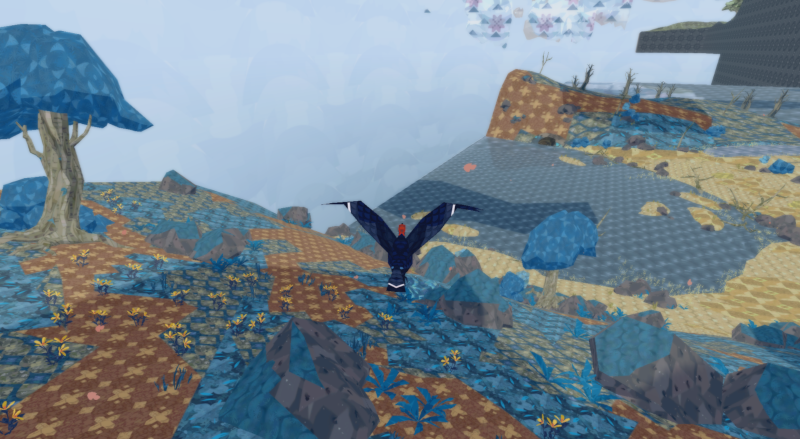 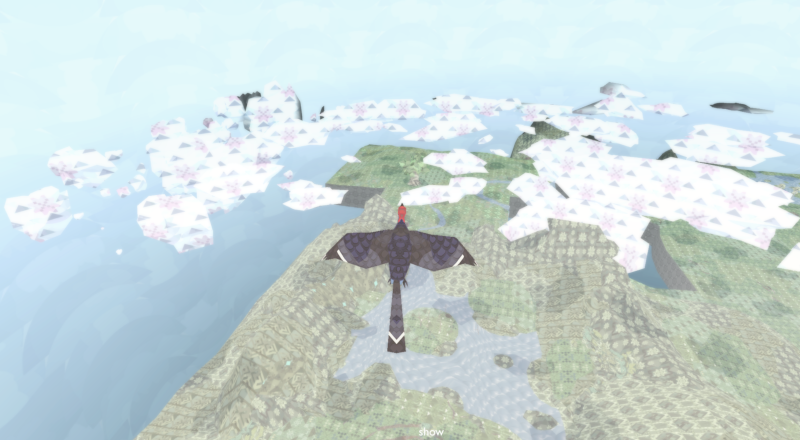 The pheasant is one of my favourite animals - it can fly for short distances! Lots of fun when you jump off high places, although you will eventually crash! There's a bonus content eagle that can fly properly, but I don't have it yet. 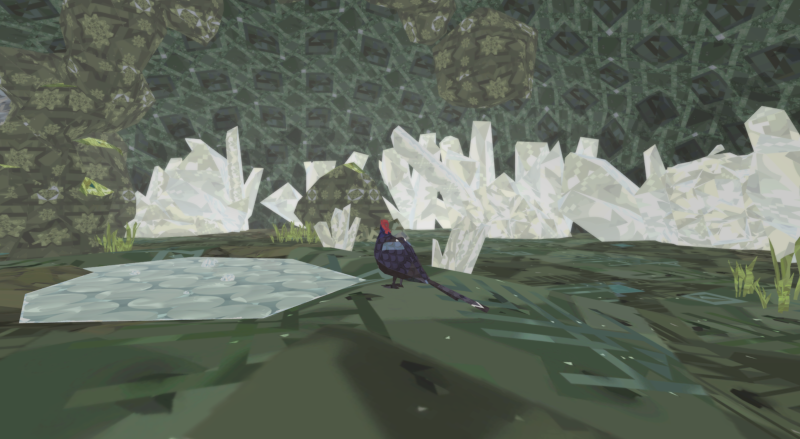 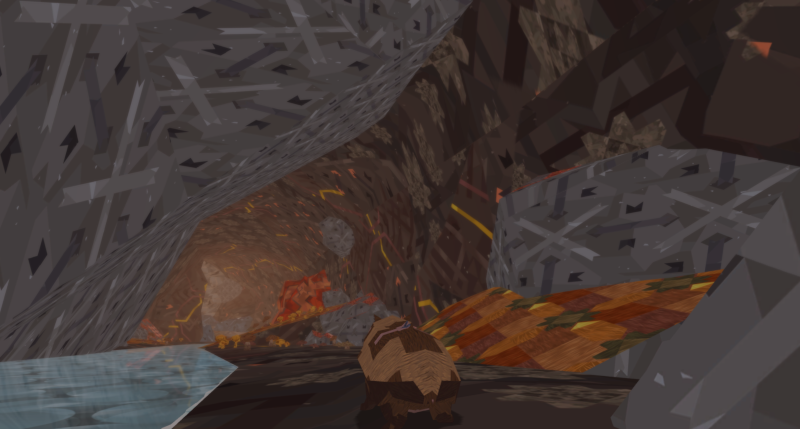 One of my favourite parts of the game is the many beautiful cave systems waiting to be explored. 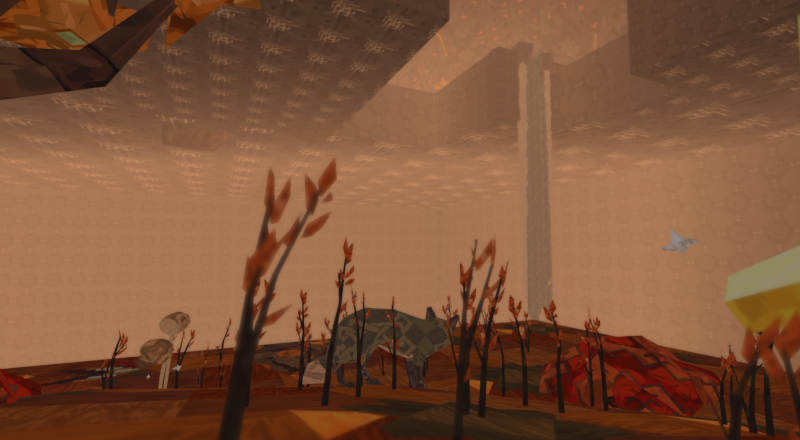 The autumn cave, one of my favourite locations, contains a secret island that can only be reached by falling off the edge. 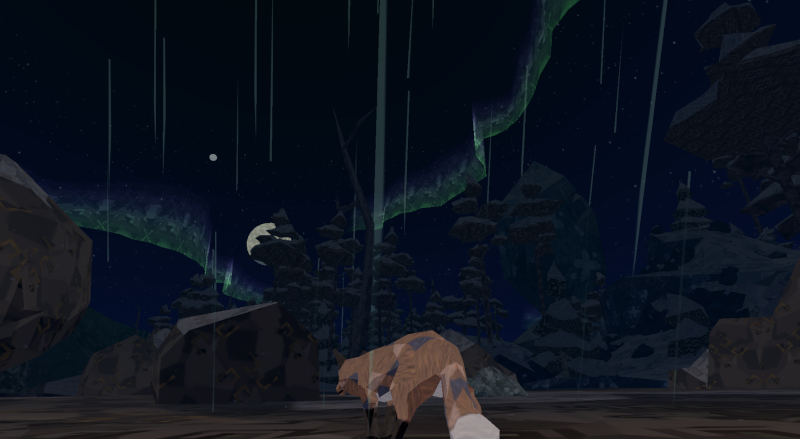 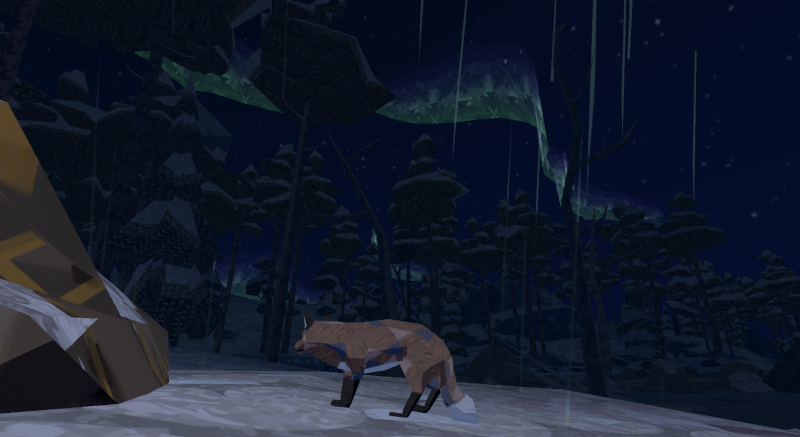 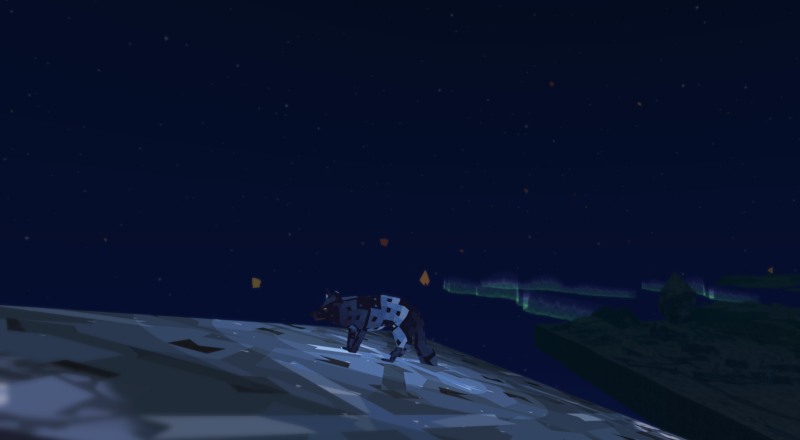 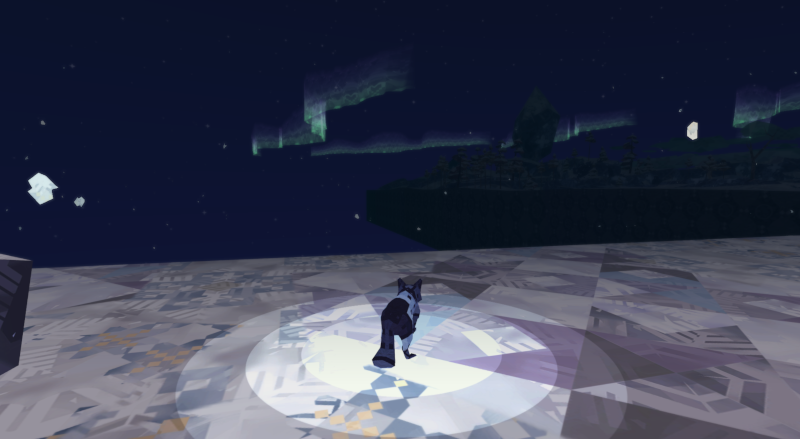 At night, the aurora is visible over the winter biome. 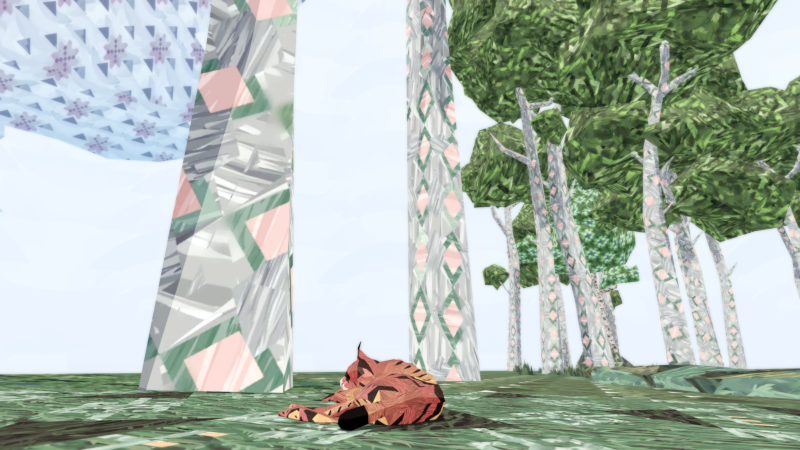 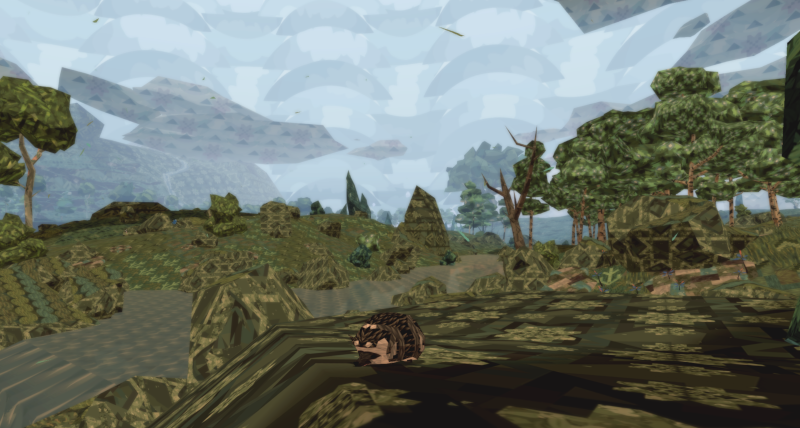 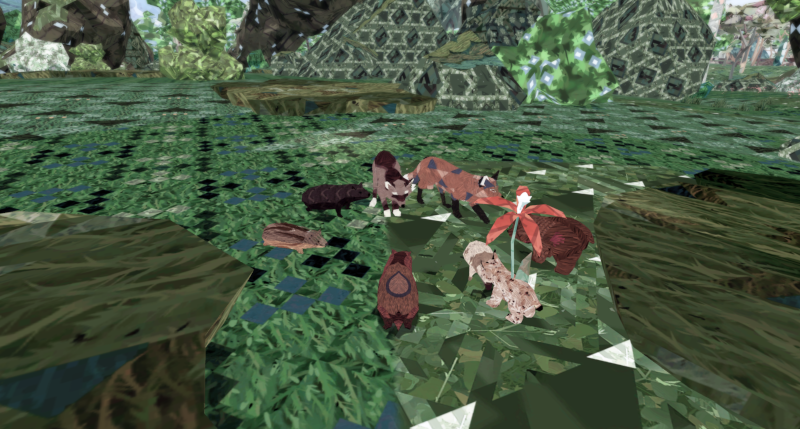 But a lot of the time, sometimes all you want to do is chill, alone or with friends.