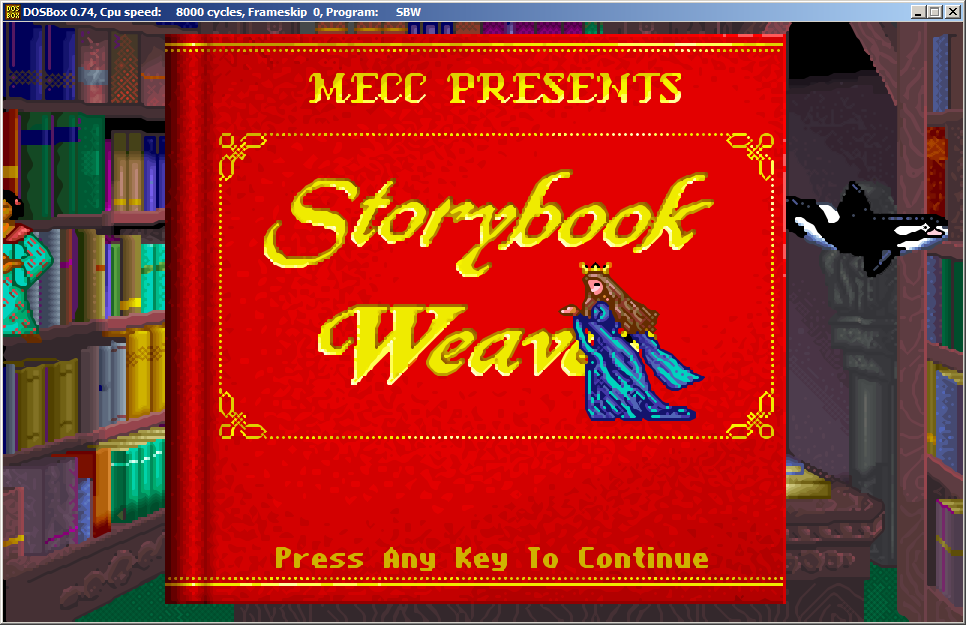 Storybook Weaver (Wikipedia article) is technically a game, but I think of it as more of a toy. It was a children's writing program that allowed users to create and illustrate stories. A Deluxe version still exists for purchase today, but here I'm focusing on the original, released in 1994. You can download it at old-games.com and while I can't speak for any other OS, it will run via DOSBox on Windows 7.

I'm making this page for sentimental reasons, because SBW was installed on the computers at my primary school and it, alongside KidPix, were my go-to programs when I got computer time. It was one of my first introductions to the computer as a creative tool. If I recall right, I wrote and printed an epic story about a mouse in it.

Despite its age, this is still a fun game to muck about in, regardless of whether you want a nostalgia hit or you just want to play about. 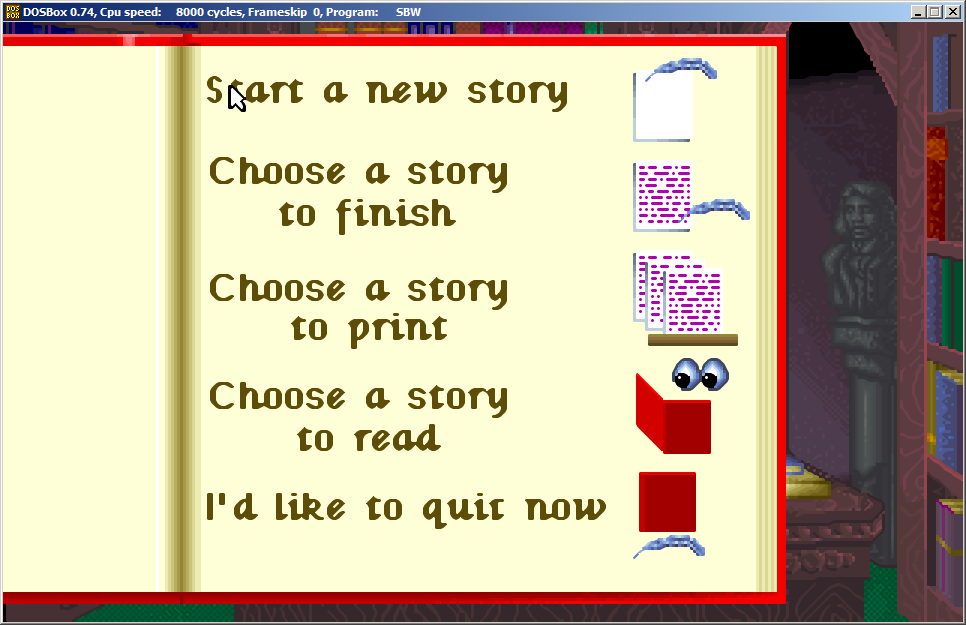 When you start up the game you can either make your own new story or finish an existing one. The game seemed to come complete with a Three Billy Goats story, but as we all know, the real meat of the thing was making your own tale. 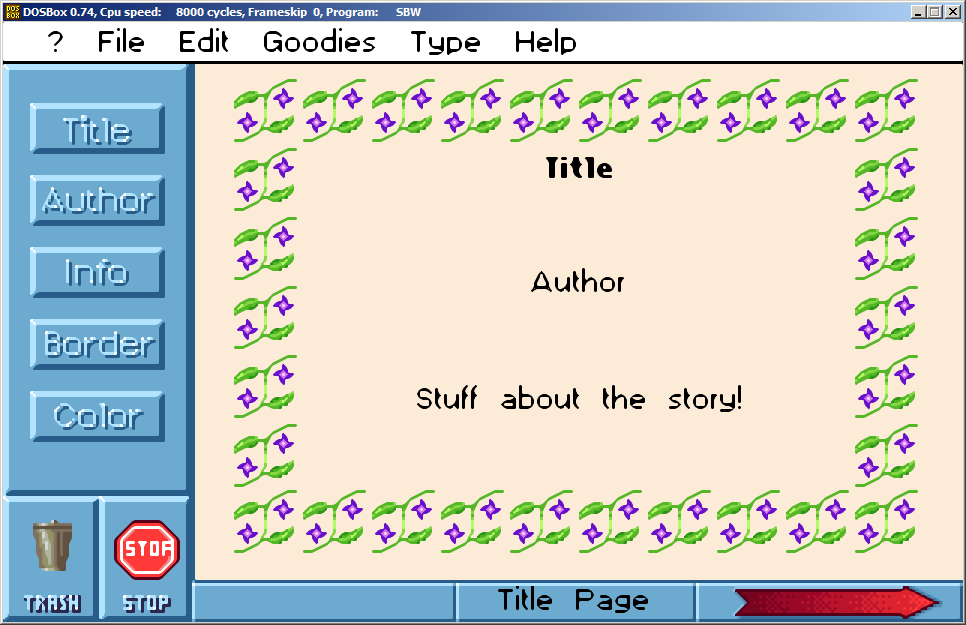 A story's got to have a front page, so the game starts you off with space for your title, name (yes, you're an author now) and notes on your story. I guess the notes are for something like "I made this!" or "I have no idea what I'm doing" or whatever you like. You also get to pick a border, and, because this is a story on the computer, music! The music is actually quite well made for the time; shame you can only hear it in game on the title page. 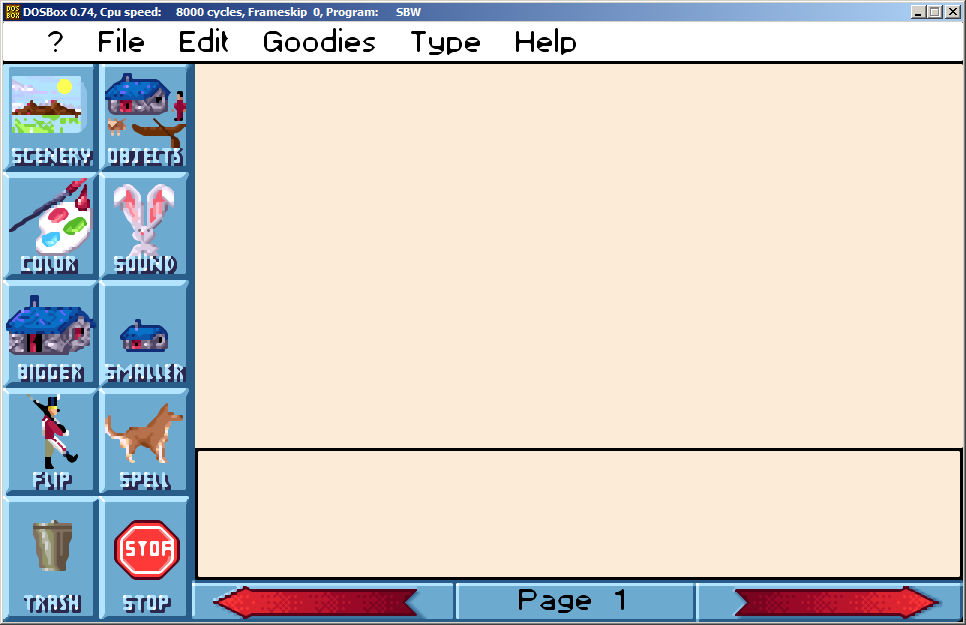 Now for the fun part. When you create a page you can pick between image and text, or text only. Here's the image/text setup when you first see it. From here you can add scenery and objects (people, things, etc) onto your page. 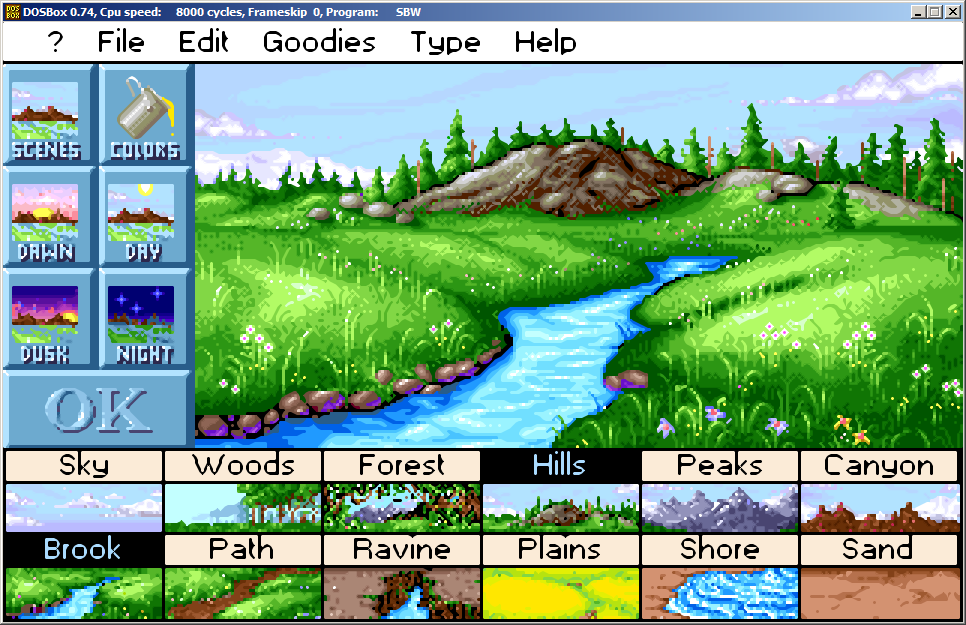 The scenery graphics are obviously aged by today's standards, but for the date I think they're really nice. You can even pick the time of day for some pretty lighting effects. Scenery in SBW comes in two parts, one for the top half of the screen and one for the bottom, so you can mix and match. You can pick from landscapes like the ones here, or blank colours for indoor scenes.

The objects have a very fantasy bent to them, so if you're after something different then you might be disappointed. That said there's a lot of variety in what you do get, and I could spend forever putting scenes together in this thing. I'm not sure what's going on here, but I like to think the girl and the dragon are friends and the dragon's being a showoff. The mouse is there for old time's sake. 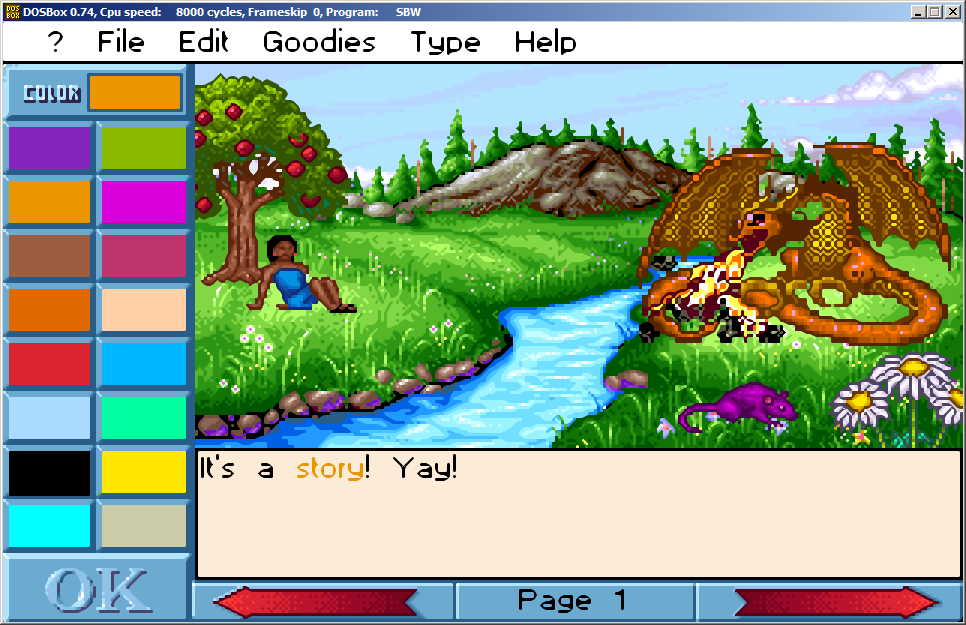 You can do a bit of editing to the objects after placing them, namely resizing, flipping, and changing the colours. I don't think the resizing looks too great, but it's there if you need it.

And that's a page!